September 13, 2018 / Team Diva / Events, LGBTQ, Neighborhood, Play, Seattle Love
Fall is here! Performing arts institutions are starting their 2018-19 season. Museums are opening new shows, and galleries are ramping up for busier months. And of course everyone is saying so long to long, sunny days and looking for indoor activities. Fortunately, there is no shortage of great arts events around Seattle.

The fall arts in Seattle are a huge part of making a happy transition from summertime to sweater weather. We may be as busy, busy, busy as ever, but we have to make time for dance, music, theatre and more.

We’re looking ahead at Seattle’s packed arts calendar and trying to prioritize. There’s no way we can do it all, but below are some of the events that are grabbing us in Dance, Theatre, Museum Exhibitions, Music, and Film Festivals. 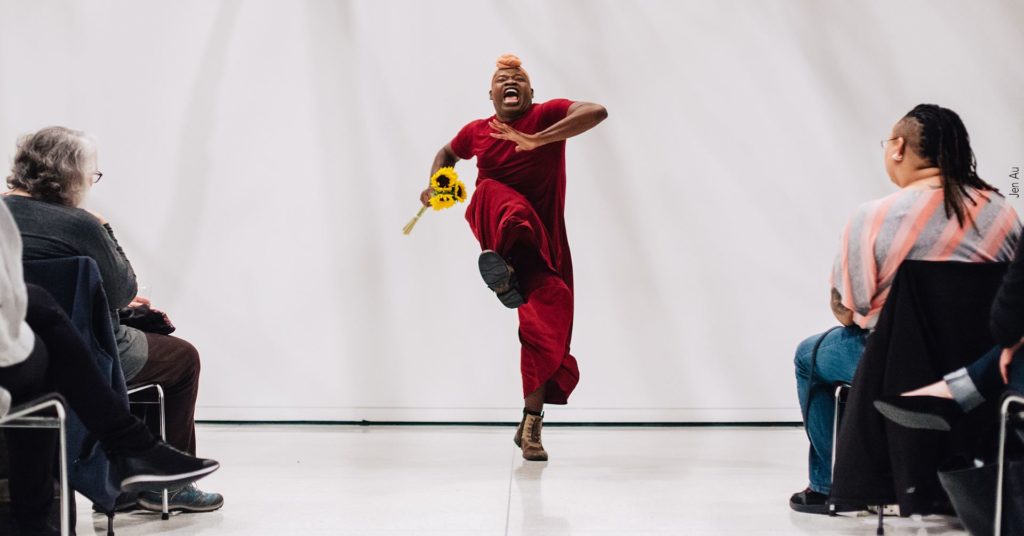 Full disclosure The Divas are friends with Dani Tirrell, Seattle’s own nationally renowned dance artist who creates movement pieces inspired by their queer, gender non-conforming, and Black experience. And we are super excited and proud of how Dani shook up the Seattle theater scene last spring with Black Bois. We can’t wait to see Dani host the CD Forum for Arts & Ideas’ 20th Anniversary Season with SHOWING OUT: CONTEMPORARY BLACK CHOREOGRAPHERS, a mentorship and performance festival curated by Tirrell.

SHOWING OUT supports the creation and development of work created by emerging Black Choreographers from around the Pacific Northwest—perfectly aligned with CD Forum’s mission to support distinctive Black artistic voices. September 21 and 22. Get your tickets for BOTH nights. The Divas will see you there on Friday! 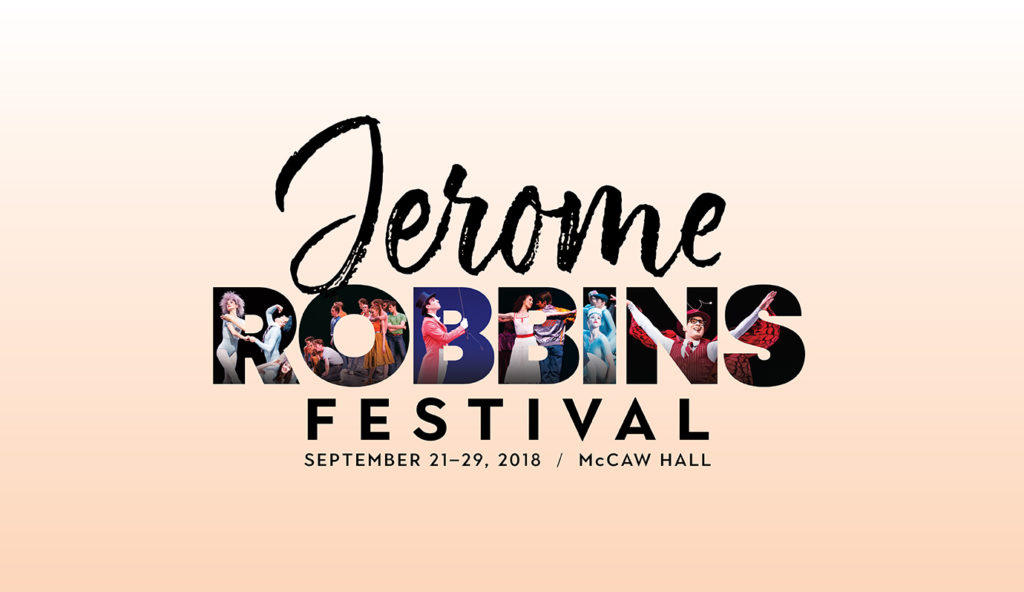 Jerome Robbins was one of the 20th century’s most successful and important choreographers. Pacific Northwest Ballet opens their 2018-19 season with a festival of 7 iconic works by Robbins. Two programs alternating over two weeks give audiences a chance to truly immerse themselves in Robbins oeuvre. September 21-29 at McCaw Hall. See the lineup and get tickets online.

At On the Boards 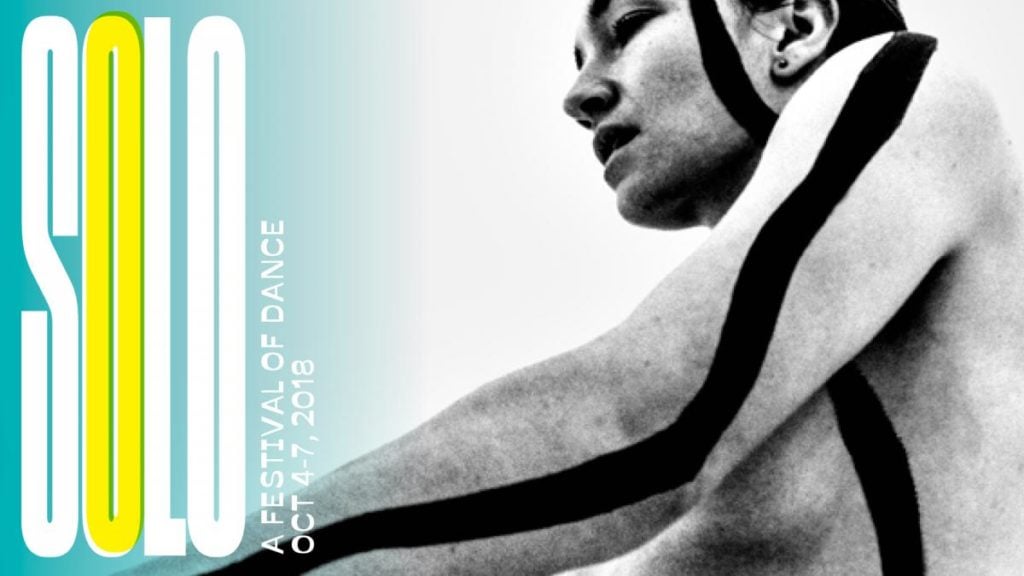 Troy Ogilvie photographed by Franziska Strauss. Via On the Boards.

4 nights. 16 artists. On the Boards’ Solo: A Festival of Dance is a thrilling celebration of movement by individual choreographer/performers. You can see Dani Tirrell in action again, doing their solo in the OtB building before the performances in the theatre. The lineup is different each night, and some hardcore dance fans will be there for every single one. It’s that good. Thursday, October 4 – Sunday, October 7. Check out the full list of 2018’s featured artists on the website and get your tickets. 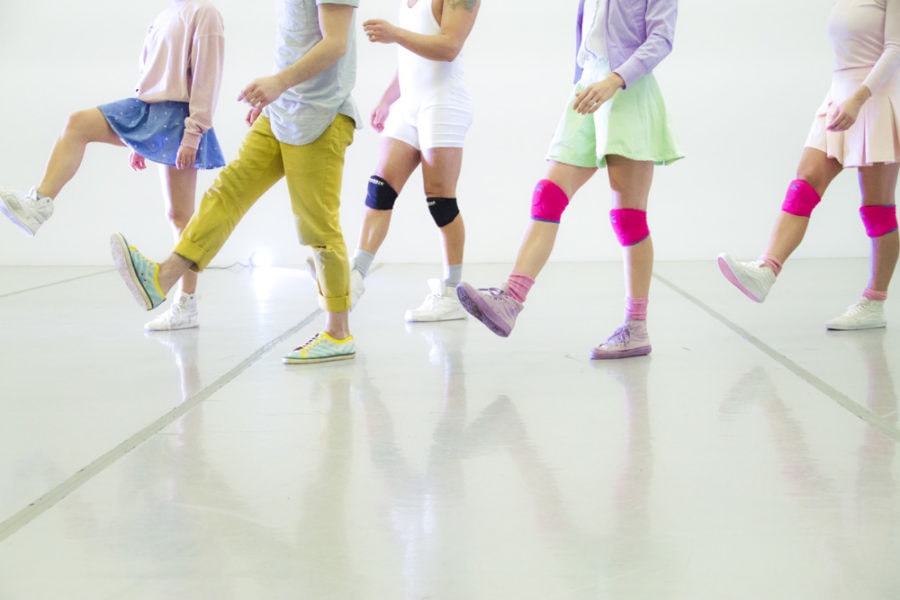 Photo by Lance Mercer via Velocity.

Velocity’s Fall opener should be very interesting. Longtime artistic director Tonya Locklear is moving on from Velocity. This showcase should be a perfect melding of Tonya’s mentorship of several choreographers mixed with long-established powerhouses of the dance arts like KT Niehoff and Zoe Scofield. We are extremely intrigued to see Rainbow Fletch and her work. Rainbow has been hiding out at the Can Can and this is one of her first shows that has made it to our radar. We are curious why this powerhouse dancer has not been more on the Seattle dance scene?

Other shows happening at Velocity this fall include a millennial nostalgia for the 80s and 90s inform the music and design of the dreamy Bitter Suites, a coming-of-age story by Seattle’s Hypernova dance company. Five performers retrace their transition from childhood to self-aware adulthood through movement. November 8-11 at Velocity Dance Center. Read more and get tickets online. 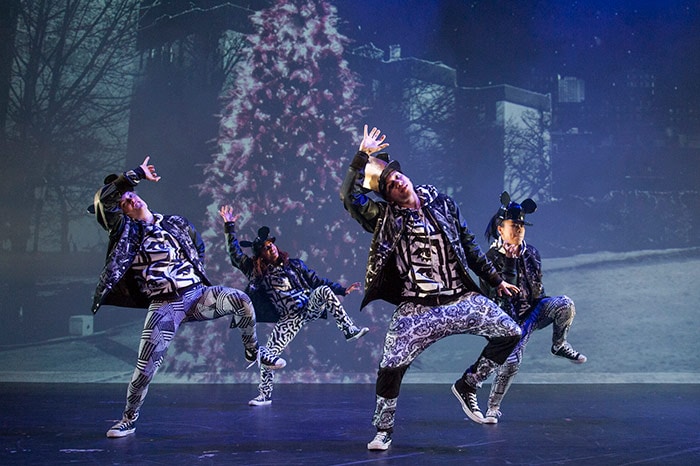 The Nutcracker may be PNB’s bread and butter, but to be honest, it isn’t our cup of tea. For little kids and family traditions, sure, it’s great. But for us and other adults with tweens something a little more edgy may be in order.

For one night only, Seattle Theatre Group presents The Hip Hop Nutcracker featuring Kurtis Blow. This is the fourth national tour of this modern re-imagining of Hoffmann’s story and Tchaikovsky’s music with all-star dancers. November 17 at The Paramount. Read more and get tickets online.

The delightfully weird and intimate dinner theatre Cafe Nordo gets Halloween started early this year. Their new production, The Witching Hour, features an otherworldly cast of characters and a “4-Curse” Meal. September 20 – November 18 at The Culinarium. See the menu and get your tickets online.

ACT Theatre ends its 2018 season with the Tony Award Winning Oslo. “Oslo tells the surprising true story of the back-channel talks, unlikely friendships, and quiet heroics that led to the 1993 Oslo Accords between the Israelis and the Palestinians.” Gripping, funny, and oh so important to remember when our country’s own diplomacy is at rock bottom, it’s not to be missed. October 12-November 11 at ACT Theatre. Read more and get tickets online.

Another big-time Tony Award-winner, In The Heights was Lin-Manuel Miranda‘s high-energy, breakout hit of 2008. It’s hard to believe that it’s been thrilling audiences for a decade now. If you haven’t seen it yet, now is the time. November 23-December 30 at Seattle Repertory Theatre. Get tickets online.

At Museum of History and Industry 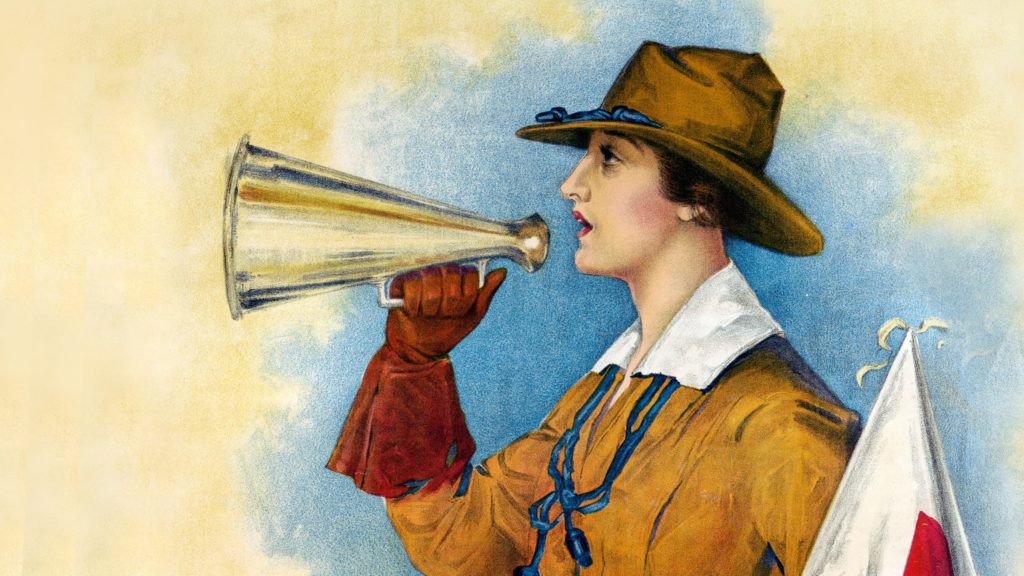 On the 11th hour of the 11th day of the 11th month in 1918, “The War To End All Wars” officially ended. Of course, World War I’s armistice only set the stage for future conflicts. Furthermore, American culture was changed forever, including (and especially) Seattle.

With the centennial of Armistice Day just two months away, MOHAI has opened an exhibit on World War I. Unlike others, this exhibition focuses on life on the homefront, before, during and after America entered the war. It’s a packed, informative show whose topics of resistance, surveillance, and demonization of immigrants are so timely. On display through February 2019. Read more about WWI America on MOHAI’s website. 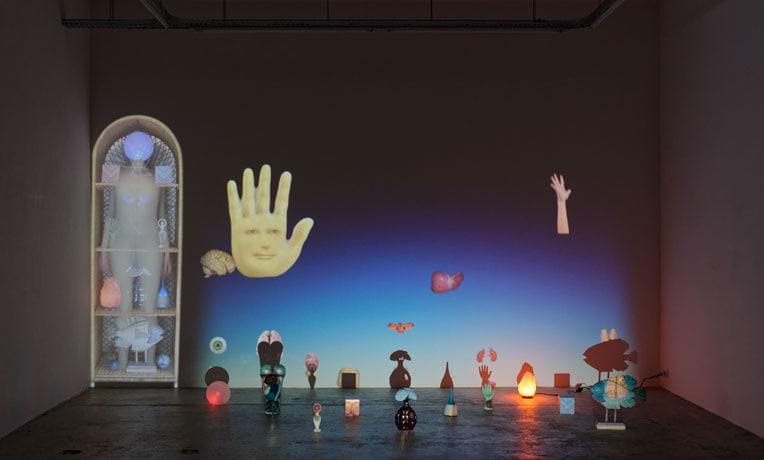 An installation by Shana Moulton. Image via the Frye Art Museum.

The latest exhibition at the Frye Art Museum, Group Therapy, is only partially about the art on display. Its theme is the wellness industry and alternative medicine. Its curatorial mission is to create a platform for public programs, led by a dozen international featured artists and more. The aim is to transform the museum into “a unique kind of free “clinic” in which visitors may engage in therapeutic processes in the experimental context afforded by art.” It should be interesting, at the very least. September 15-January 6 2019 at The Frye Art Museum (and remember that admission during museum hours is always free). Read more on the website. 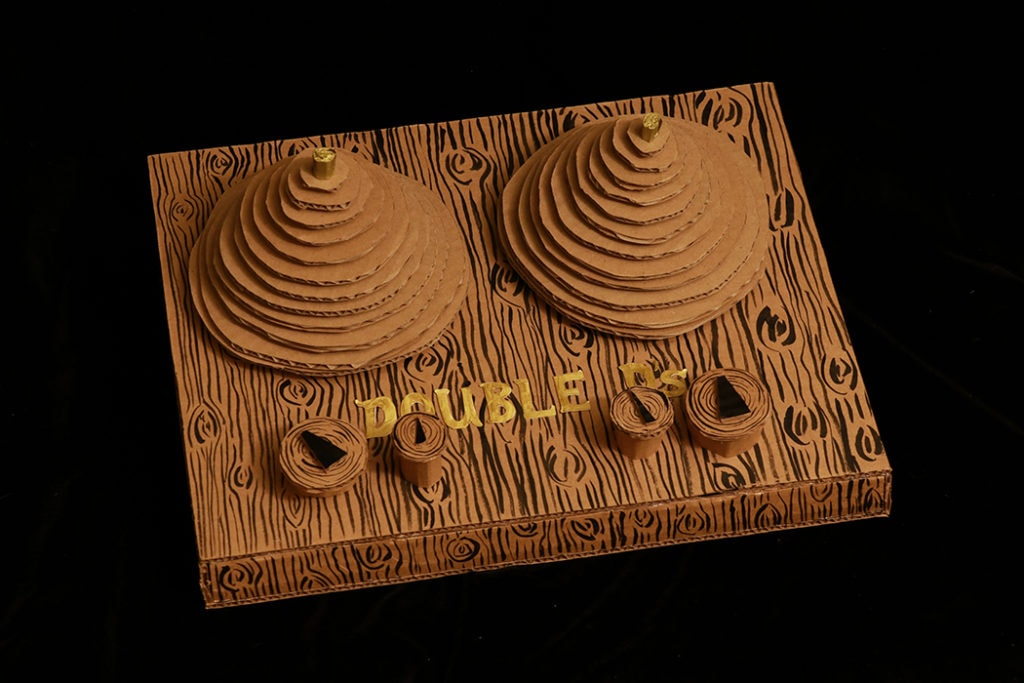 “Double D’s” by Clyde Petersen. Photo by the artist via BAM.

Queer visual artist and animator Clyde Petersen was recently an artist in residence at Amazon. They used the opportunity to fashion fun, paper sculptures inspired by their days as a tour manager. It will be on display for their solo show at Bellevue Arts Museum, Clyde Petersen: Merch & Destroy.

Petersen has led quite the eclectic life, which they documented in their acclaimed animated film Torrey Pines. Those who saw that will recognize Petersen’s colorful, whimsical style in these new objects. On display November 9 – March 10. Read more online.

One Last Shout Out for NAAM’s Show Everyday Black

We wrote a few times about Everyday Black when it opened early this year. This is your last chance to see this great exhibit of works by two Seattle artists. Zorn B Taylor and Jessica Rycheal document the faces of Seattle’s black community. The faces of elders who created home in a town still rife with discrimination. The young faces creating culture and still fighting fior civil rights. The last day to see it is September 30.

Opening night of the Seattle Symphony 2018-19 season is this weekend, Saturday, September 15. Beyond the regularly scheduled concert programming, there are some fabulous special events. That includes a two-night engagement with Broadway dreamboat Leslie Odom Jr, who originated the Tony-winning role of Aaron Burr in Hamilton. Odom will be joining the symphony to croon jazz standards and Broadway hits. Tuesday, October 2 and Wednesday, October 3 at Benaroya Hall.  Get tickets online.

Composer Benjamin Britten adapted Henry James’ psychological, vaguely queer ghost story The Turn of the Screw into an opera almost 75 years ago. The strange story of a governess, her wards, and the strange forces that seem to prey upon them is still spine-tingling, and the music still powerful. Seattle Opera chose well, putting this production on in the weeks leading up to Halloween, October 13-27. Get tickets and see more online. 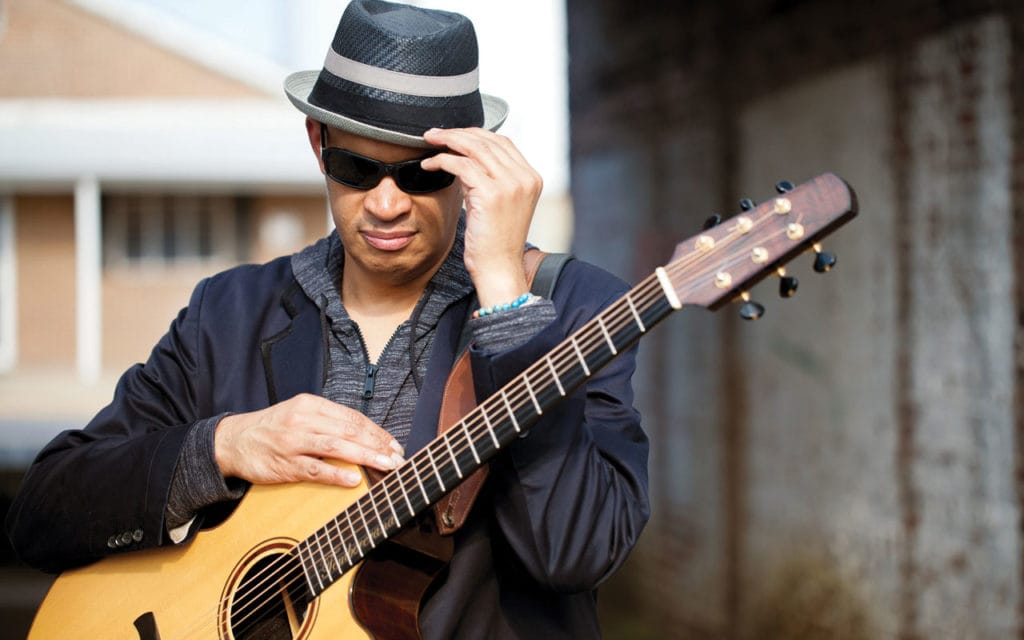 Earshot Jazz Festival will fill Seattle with jazz at multiple locations October 7 through November 4. There’s no way one person can see it all. In fact, there are two events just on November 1 that stand out to us: Raul Midon at The Triple Door and Harriet Tubman: The Band at Langston Hughes Performing Arts Center. While you are deciding between those, also put December 28 on your calendar:

Read all about the festival and get tickets online. 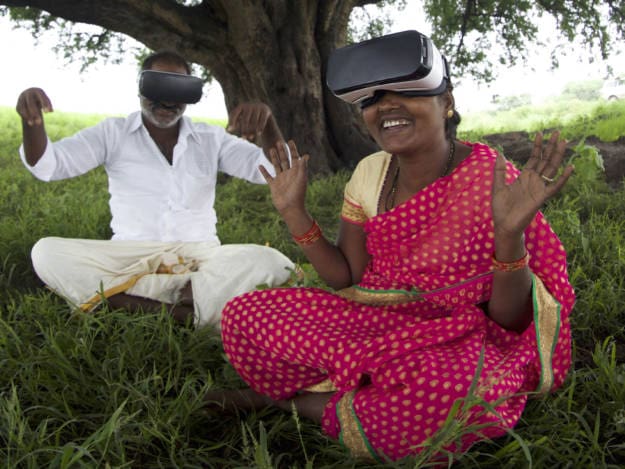 The 13th annual Tasveer Film Festival celebrates the film and culture of South Asia. There will be even more reason to celebrate as this year’s festival falls just before Seattle Art Museum‘s glittering exhibit of courtly art from Jodhpur. The opening gala is on September 28, and the festival continues through October 7. It isn’t just traditional film–the festival includes a program called TasVR, which features VR Documentaries. Read all about the festival and get passes online. 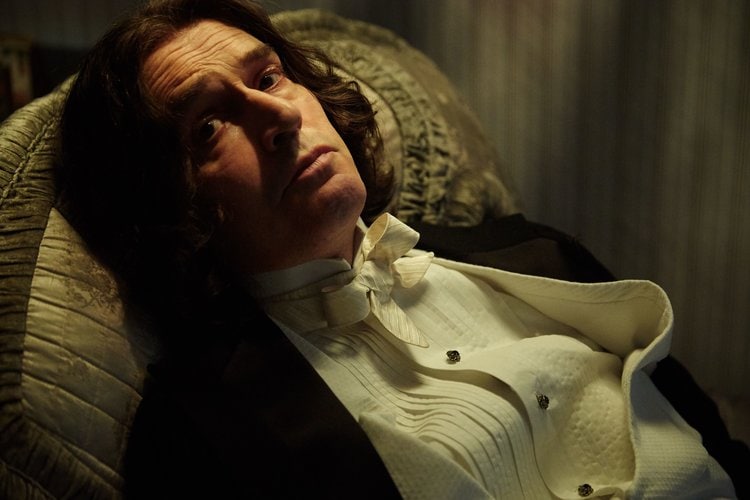 Rupert Everett in The Happy Prince

Don your gay apparel in October for the glittery, gritty, fabulous TWIST Queer Film Festival, by Three Dollar Bill Cinema. The opening night gala on October 11 features The Happy Prince, a biopic on Oscar Wilde. (This one focuses on his final years, after his time in Reading Gaol, and stars Rupert Everett, Emma Watson, Colin Firth and more.) See more about this year’s festival and get passes.

It’s time for the 6th annual 48-Hour Horror Film Project extravaganza. This unique film competition brings together 48 teams of amateur and experienced filmmakers to produce a horror short in 48 hours. Premiere screenings are on October 23 and 24, and the winner of best in city receives a $200 cash prize and will screen their work at Filmapalooza 2019 in Orlando. There will also be a special awards screening on Halloween at Ark Lodge Theatre in Columbia City.

Want to register and make your own film? They still have some spots left. Get registered online, or just read more about the competition.

The Team is super excited about all of the choices we have this Fall. Frankly you will see the team, the Divas, and the mini Diva at many of these performances this Fall.