What Can We Do To Honor Breonna Taylor on the Anniversary of Her Death?

March 9, 2021 / Team Diva / Politics
On the one-year anniversary of Breonna Taylor’s death, we can honor her by advocating for our Black neighbors and taking action in the fight for equality. We recommend listening to and learning from Racial Equity Consultant Marlon Brown, educating yourself about Seattle’s racist history, and our racist police establishment, AND taking action in the community.

On March 13, 2020, three white police officers broke into the home of Breonna Taylor (a 26-year-old Black woman). These police officers murdered her in the middle of the night while she was sleeping. A grand jury did not indict the offers for Breonna Taylor’s death. The murder of an innocent Black person by law enforcement is all too common of an occurrence in this country. Breonna Taylor’s death was a reminder and a big wake up call for many people. There is so much work that is left to be done when it comes to racial equity and police accountability.

Looking Back & Pushing Forward: The Time For Polite Conversations is Over

If Breonna Taylor’s death was not enough of a wake-up call, many more people reacted to the murder of George Floyd on May 25, 2020. In June 2020, Team Diva published “The Time For Polite Conversations is Over – Black Lives Matter” on our blog. We called upon the LGBTQ community to actively stand for Black Lives Matter. We reminded fellow members of the LGBTQ community the incredible debt that we owe Black trans activists for standing up for LGBTQ rights. It still disheartens our team to know that Breonna Taylor’s murderers are free and many in our community did not take up the call to action.

What can we do? 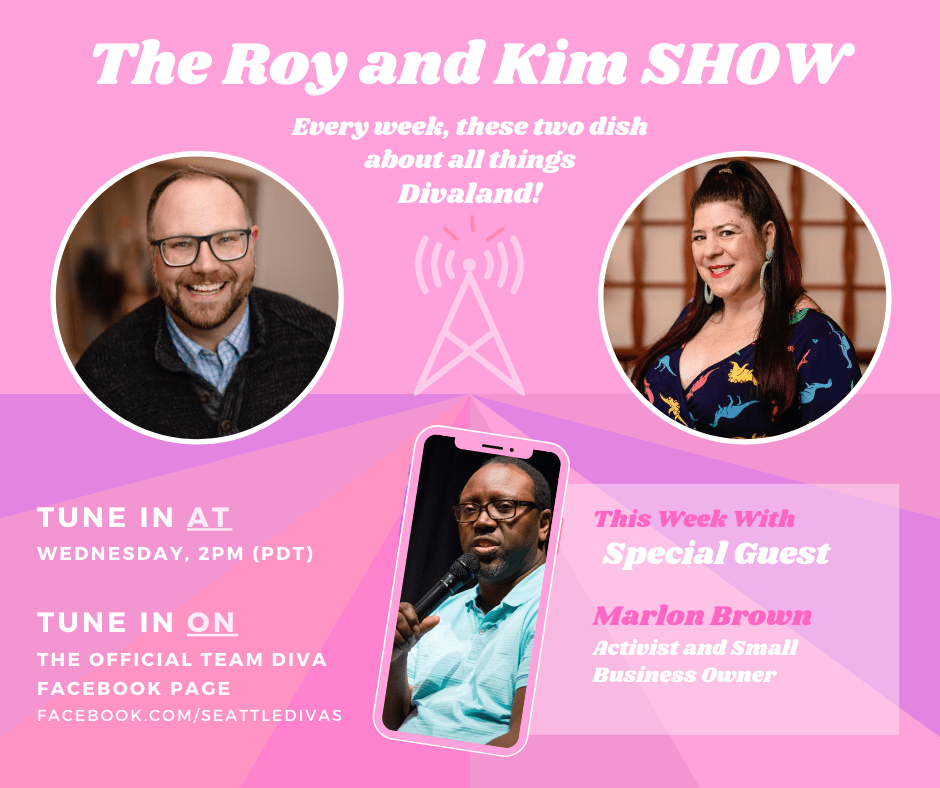 We need to take to heart what leader Marlon Brown is saying about what is happening locally. There is an incredible amount of corruption within the police union in Seattle. In fact, this KUOW article “Seattle cops make up biggest known contingent of cops at Jan. 6 Capitol rally” shares that there were 5 Seattle police officers who attended the insurrection. KUOW also reported that Seattle Police Officers Guild president Mike Salon blamed both “far-right extremists” and “far-left agitators” for the violence at the U.S. Capitol on January 6. His statements have been condemned by city officials.

Meanwhile our local REALTOR association gave the same racist and corrupt Guild President a platform at their Government Affairs meeting back in December. Apparently, despite many of our best efforts, the roots of racism and white supremacy stay well entrenched in many of our local institutions.

Many of the policies that our local REALTOR associations advocate for not only result in gentrification, but in homelessness in our communities. For instance, there has been a massive push to cap the B&O tax for real estate commissions by our state’s association’s Government Affairs Committee. Those funds go to directly house those most impacted by the Pandemic. And as many of us know the BIPOC community has been most impacted by COVID both economically and through the loss of many of our community’s elders.

Actions We Can Take to Honor Breonna Taylor Today

Especially this past year, many people felt called upon to learn more about Black history, support and protest with Black Lives Matter, and support Black businesses. Hopefully you read some books about being anti-racist, too! (If not, we’ve got a couple of great recommendations in this post. Lots of awesome local Seattle Black-owned businesses are featured, too.)

In addition to these things, here are actions we can take to continue to fight for justice in our communities:

Thank you for being part of this journey and hearing our call to action. If you see a white person stuck on why this is important give them a nudge. Let’s get to work!

Thank You For Joining Us in Honoring Breonna Taylor

We don’t see major headlines in the news right now about Black Lives Matter. However, the urgency to continue fighting for Black lives should be the same as it was during the Summer of 2020 BLM protests that happened in the wake of George Floyd’s murder by police. Choose one (or a few) of the actions we listed above to commit to. Learn about Seattle’s racist past and present, and join us in better understanding how we can advocate for our Black neighbors.

One thought on “What Can We Do To Honor Breonna Taylor on the Anniversary of Her Death?”