Divas On The Air: Talking Race And Real Estate With Dave Jones

Windermere Abode was launched in late 2017 by real estate power couple Ann and Dave Jones. Ann had many years of experience in real estate, and has been an enormous influence and inspiration for us at Team Diva. Dave had been working in education as an assistant principal in Tacoma, where he also spent part of his childhood. They took the plunge to team up under their own banner, and they haven’t looked back.

Dave’s background in education and his experiences as a black man in the Pacific Northwest intersect a lot with real estate these days. On the Roy & Kim Show, the trio talked over current and ongoing race matters in the industry. They started with the racist mailer sent out targeting T’wina Nobles, a black woman campaigning for Washington’s 28th legislative district.

Here’s a recap of just some of the ideas that Dave Jones, Kim and Roy tossed around regarding race, politics, and real estate. 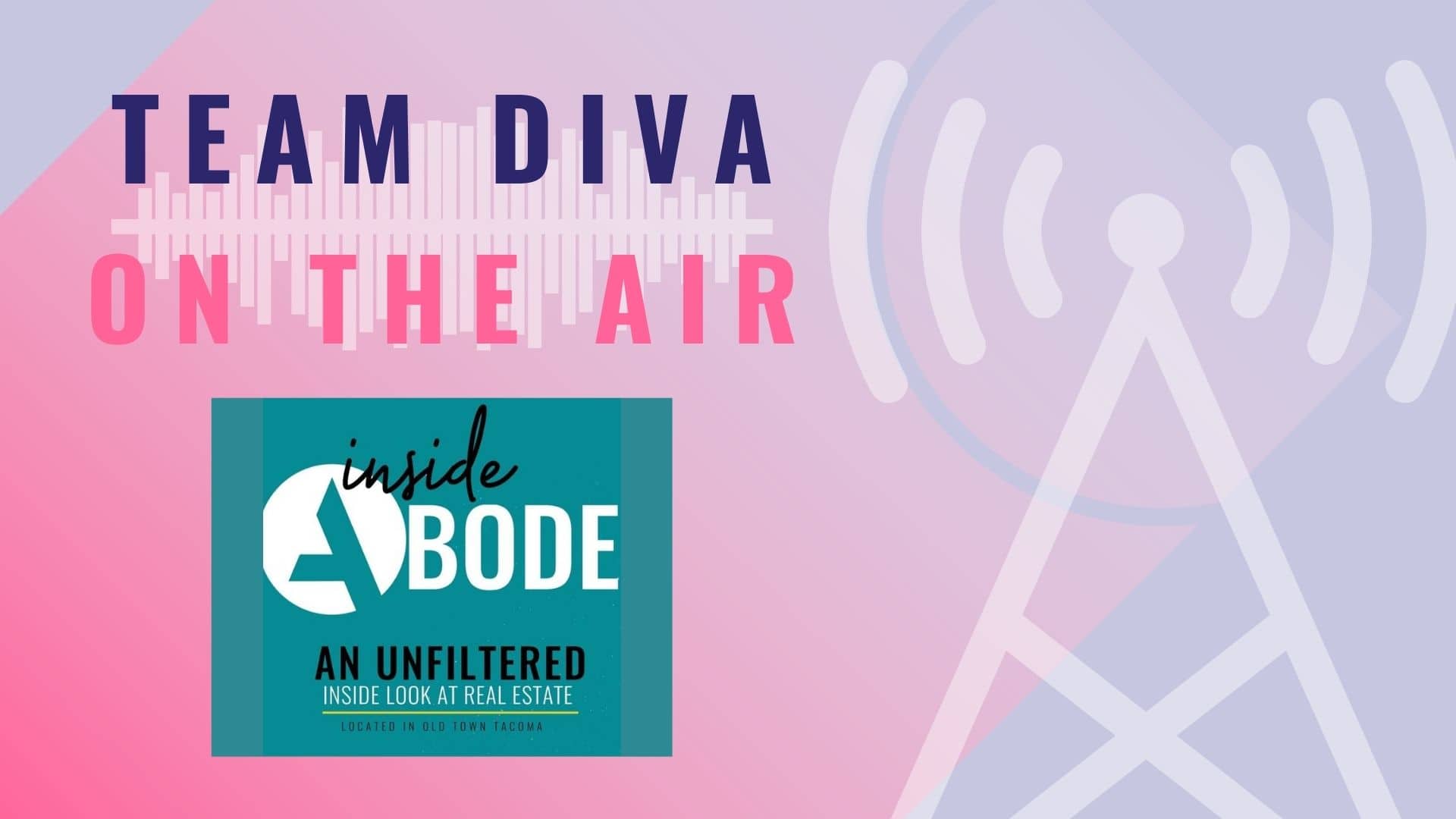 Racism, Colorism, and The Realtors Association

A common racist tactic is the exaggeration of dark skin and making negative associations with it to prey on colorist fears in white people. A mailer sent out in Tacoma this month did just that, darkening T’Wina Noble’s face nearly to illegibility within a black box, beside terse, shouty-caps oversimplifications of her positions on taxes. The implication “black is bad, black is coming for your money” could not be more literal.

The PAC who sent this racist trash is WA Forward, and our very own WA REALTORS association supported this PAC to the tune of $25,000.

The association has since claimed ignorance about how that money was to be spent, and Nobles’ opponent, Steve O’Ban, did much the same. Rather than condemn the flier, he offered a mealymouthed request that PACs avoid altering candidate photos in the future.

Like so many Republicans, O’Ban won’t admit that racial animus is a factor in why people might vote for him over Nobles. Both O’Ban and the association tried to distance themselves from the PAC, but do not condemn this obvious racism. Some among them even gaslight observers and say it was “unintentionally” racist at worst. 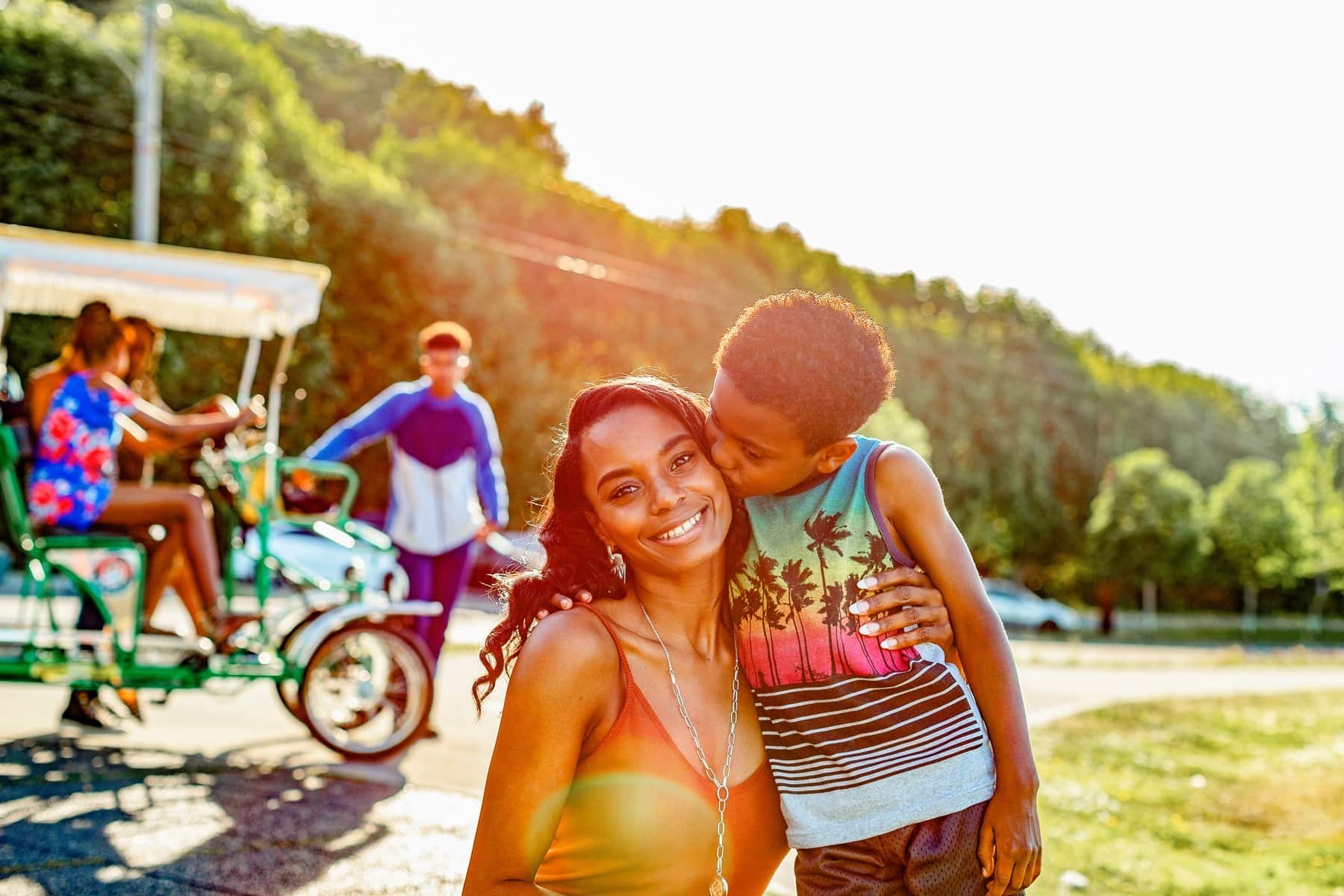 “Why Are These The People That Support You?”

This is the question that Dave Jones has for O’Ban and other politicians who rely on the tactics of groups like WA Forward. Why are these the people that support you?

And it isn’t just the PAC: In discussing the issue online, Dave (and many others) frequently ran into bigoted remarks and rage. Dave was taken aback, but not surprised by any of this. He’s seen it all many times before: the coded and not-so-coded racism, the two-faced and tacit support of this behavior, the gaslighting after the fact. It’s exhausting, but that’s rather the point. We have to keep fighting.

Dave Jones has this to add:

“When I look at myself as a leader in the community, I have to look at who’s following what I’m saying, and how is that being perceived. If I have people who are outwardly racist…I’ve got to check myself. And I better change the way I’m showing up.”

This is, as Dave calls it “base level stuff.” Racist tactics like those of WA Forward are symptoms of this greater cause. If you want to support Nobles as she faces this sort of bigotry, check out her campaign website.

Real Estate Is About Community, And The REALTORS Association Seems To Forget That

The WA Realtors chose to donate thousands (money that comes from dues paid by realtors like us) to a PAC known for arch-conservative lobbying and racist dog-whistling. They cannot claim ignorance, nor impartiality, but, as Kim points out, that is essentially what they’ve done.

The association never once interviewed Nobles or reached out to here from her. They just decided to endorse Steve O’Ban via WA Forward. Now, the WA Realtors need to put their money where their mouth is and offer equal or greater to support to candidates like T’Wina Nobles, who have been targeted by racist attacks that they helped fund.

We have clashed with our REALTORS association numerous times over the years. Real estate is a conservative and very white industry. The association’s tendency to put their pocketbooks ahead of our communities and civil rights has manifested often in their opposition to taxes that are needed to fund vital programs, especially public education.

Naturally, Dave Jones saw the results of this first hand working as an assistant principal. Our current system demands that PTAs fundraise to cover the gaps in funding for their students. That’s fundamentally absurd, but it only widens the gap between rich and poor neighborhoods.

Real Estate Has A Code Of Ethics, And The REALTORS Association Also Seems To Forget That

The Fair Housing Act made it illegal at the federal level to discriminate based on race. Sadly, proving discrimination has occurred is not easy. Last year, a Newsday special report showed how rampant racial discrimination is in real estate.

And how did conservative real estate professionals react? By ignoring it, or saying it was all bad data, or too limited by its focus on one part of New York City.

As Kim pointed out in conversation with Dave Jones, the legacy of racist redlining was always tied to realtors, and it lives on in cities across America. This is despite the fact that the Real Estate Association has a code of ethics barring discrimination by race and other factors: religion, sexual orientation, marriage status, gender identity, et al.

These are just pretty words (and the bare minimum, frankly), and the Realtors Association seems to forget them. After all, if they are willing to support racist rhetoric and mailers because it helps their bottom line, those words mean nothing. One degree of separation does not absolve one from the consequences of that behavior.

Kim also points out that Steve O’Ban fought to keep discredited, harmful and even deadly conversion therapies legal. This is straight up homophobia, and WA Realtors has now added that to their endorsements simply because he seemed better for their bottom line as an opponent of things like eviction moratoria.

What Are Next Steps?

Dave Jones points out the matter of “How long will it take?” Or as he quotes from James Baldwin, giving an interview in 1987, “How much time do you want for your progress?”

“What is it that you wanted me to reconcile myself to? I was born here more than 60 years ago. I’m not going to live another 60 years,” he said. “You always told me that it’s going to take time.”

We’re in the midst of a new Civil Rights Movement, but the real estate industry is still full of people who can’t bring themselves to say Black Lives Matter. We have seen in the past few years (at least in the Pacific Northwest) more real estate professionals admitting to the existence of white privilege. There is more understanding about the legacy of redlining, the overpolicing, the inherited wealth gaps that keep many black communities in a cycle of poverty.

This is progress. But it is very slow progress.

Bringing it back to the issue of colorism used against T’Wina Nobles, this sort of prejudice has far-reaching effects. Arrest and incarceration rates also reflect this prejudice within the legal system. Study after study shows that people (and not just white people) perceive darker skinned children as older, and darker skinned people as threatening.

but apparently it’s never the right time to talk, or discussing it and pointing it out is dividing us further, or we’re all the same ? to fix a problem we have to acknowledge that it is very real and it does exist. dont get on here sounding like the white people when it comes to racism. ( follow @blackgirlrantss for more)

The criminalization of blackness has immediately deadly effects, and not just that. By undermining black folks for centuries, these systems of oppression have fragmented black communities on multiple fronts. This, in turn, accelerates gentrification when cities grow. We’re seeing it now in Seattle, and Dave Jones sees it in Tacoma.

So where does this leave real estate? Kim, Roy and Dave all agree that new generations (and those to come) will not look kindly on the industry’s inaction…let alone its outright prejudice. We as realtors should be thinking of our jobs as a service toward building communities and individual security. If the emphasis is always on our own wealth, then we will be obsolete…or worse.

Listen To The Full Podcast With Dave Jones on InsideABODE

This is just a condensed summary of the subjects we addressed. For the full story, listen to the full podcast now, hosted by Dave Jones.

Related Posts
Team Diva Endorse...
Kim Quoted in the...
How to Vote in Di...