April 20, 2017 / Team Diva / Community
Whether through incompetence or malevolence (or both), Trump is determined to make America medieval again. Part of that is his continuous attempts to undermine the Westcoast's tech industry, a keystone of the U.S. economy. Xenophobic and racism lie at the heart of his attacks, of course. The latest targets the H1-B visa program used heavily by the tech industry.

Like any program, the H1-B visa system has loopholes that allow for abuse. Rather than simply addressing this, Trump vowed during the election to kill the H-1B visa entirely. In his usual vague slurring of what he doesn’t like or understand, he said it is “very, very bad for workers.”

The leaders of the booming tech industry would disagree; they have pushed for more H-1B visas, as they continue to grow and add jobs in our region…and worldwide. To be competitive in a world market, the talent search has to be global.

For workers, the fault in the H1-B visa program is in part its use for temporary positions. It’s a problem that needs to be addressed in a way that truly values workers and is good for business. Meanwhile, Trump’s problem with the visa is the proliferation of CEOs and business leaders from other parts of the world in Silicon Valley.

People much smarter than Trump are succeeding and putting down roots in the US through our visa program. They are a vital part of Seattle’s fabric of neighbors.

Naturally, he and his nationalist buddies like Steve Bannon want to put a stop to that.

On Tuesday, Trump threw another celebration for himself in Wisconsin. Between spouting gibberish to the crowds, he signed an executive order that calls the future of H1-B visas into question.

It calls on the Department of Labor, the Department of Homeland Security, and the State Department to submit reforms to the H-1B system. Nothing changes immediately, and some of the hypothetical policy changes would require congressional approval. Whether it means higher fees for the hiring companies or stricter vetting for applicants, the end goal is not to protect workers (both American and foreign). It is to hobble companies that want a truly cosmopolitan and innovative workforce. The same companies that were able to get us out of the recession.

Worth noting: Trump is not doing anything about H-2B visas. Unlike the high-skilled H1-B visas used by tech companies, H-2B visas are mostly used by the hospitality industry. That includes Trump’s hotels, known for paying low wages to foreign workers.

As always, Trump is saying one thing, and doing another, as it pleases and benefits him.

Also per usual with Trump, the new executive order has no clear plan or strategy of its own. Instead, it relies on other departments (and his cronies) to recommend changes. This alone is enough to cause trouble for companies who use H1-B visaed employees. And that means changes to the economy on every level.

What Does H1-B Visa Situation Mean for Seattle Real Estate? 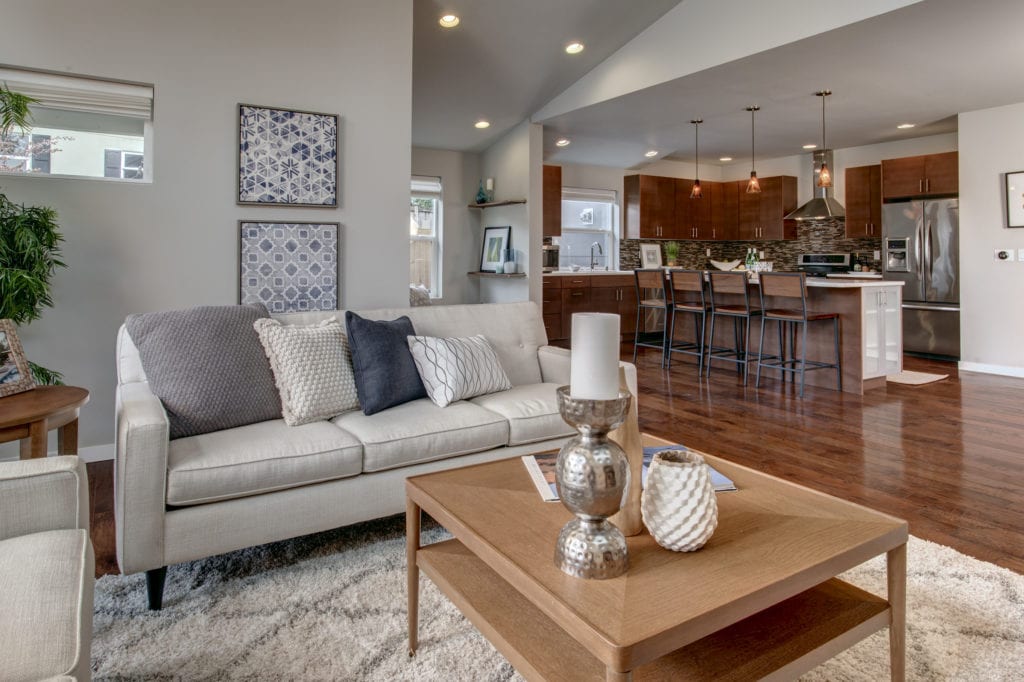 We are already getting questions from our H1-B visa and Green card-holding clients about the issues. People are asking “Should I buy now?” and “What if I lose my Visa or my wife loses her residency?” All of these are fair questions. As of now, we have not seen this trickle down to the housing market. But I can assure you in about six-twelve months we will see this action impact housing prices in areas like Bothell, Redmond and Bellevue.

Here is Our Advice

Talk to Your Employers’ Lawyers: Employers like Amazon and Microsoft have taken great leadership and are connecting their team members with experienced immigration lawyers. As of now, the executive order does not impact those already living in the states.

Fight the Fear: Fear is the key weapon that an extremist regime uses to divide a country. Don’t let them win! The administration and Republicans want you to go back to your origin of origin. Be a Diva – And take a stand! All administrations have their time and place. And this, too, shall pass. In the meantime, resist with everything you have.

Stick to Your Long-term Plans: You need to stick to your long-term plans. Why? Cause you made the great effort to leave your family and come to this country to be successful. And Washington state wants you. Who cares about the other Washington. Worst case, you bought a house in a growing region. You will be able to rent the home if you have to leave the area. It will still be a good investment.

Have co-workers going through this?

We encourage everyone to stay informed about this development, as it has the potential to really change our region. With so many disruption, so much corruption happening around Trump, it can be exhausting. This is one fight where just being compassionate can make a big difference.

Reach out to co-workers who might be experiencing stress about this. Don’t necessarily assume they are falling apart over it. Just hear their side and make sure they know they have rights. Share our advice and remind them that they are welcome.

Why the Hell is the Real Estate Industry Not Standing Up to the “REALTOR” President?

This is a good question. Apparently, our industry has made it a habit to not talk politics to their own detriment. Team Diva is going to be pushing hard to get an answer to this question. Take action, real estate professionals, and protect your clients!