Is Seattle REALLY Becoming San Francisco? (No, Not Really.)

There is no doubt that Seattle has an affordable housing problem right now. Property prices and rents are going up everywhere. Density has been pushed to just a few neighborhoods around the downtown core while upzoning in others has been fought. Affordable housing advocates who want some form of rent regulation have their hands tied by state laws. The city has added incentives to encourage the development of affordable housing in mixed buildings, but the demand far outweighs this supply.

The situation invites frequent comparison with San Francisco, long known for being the priciest real estate in the US on the west coast and second only to Manhattan nationwide. Seattle and San Francisco are hemmed by geographic features that prevent uninterrupted sprawl. Both cities have seen their populations boom because of an influx of high-paid tech workers. Both cities have seen this result in gentrification, uprooting gay enclaves, communities of color and cultural producers (artists, musicians) that make the city—well, a city! 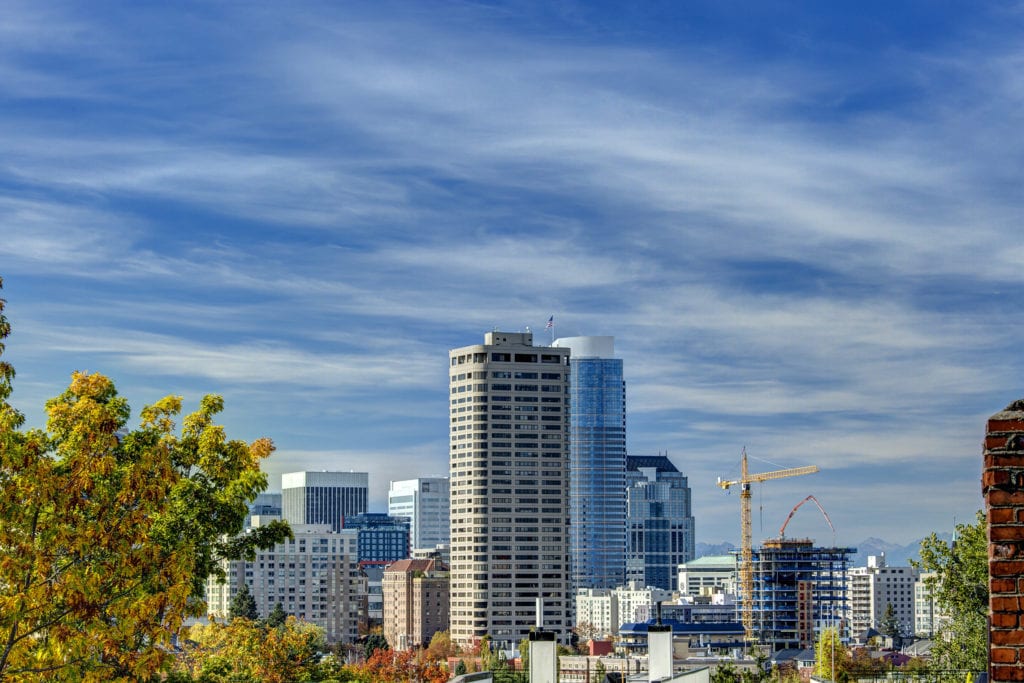 But this is not the extent of the reality, and there are some key differences to keep in mind when discussing the real estate markets in Seattle and San Francisco—namely, it is much harder to build in the latter. As much as Seattle has its problems facing the population boom (to say nothing of the traffic), it is adding a lot more residences to the market than San Francisco. True, the majority of these residences are luxury apartments that are unattainable for many renters, and this has fueled fears that everyone but the highest paid workers will be priced out of the city.

The prices of high-end rentals seem to have already peaked.

The Puget Sound Business Journal reported last month that landlords are seeing decreases in rent and increases in vacancies, despite also increasing incentives to new renters:

“This quarter’s alarming deterioration of the most expensive submarkets may be a prime indicator that the market is getting softer and will continue to do so,” Apartment Insights’ Tom Cain wrote in the report. “A near doubling of rental incentives and a quarter point increase in the vacancy rate also portend a slowdown.”

That’s not good news for landlords, but it is some comfort to renters. It will take time for this downward trend to reach cheaper units, and it may be years before Seattle has enough affordable housing and infrastructure, but it, at least, indicates that the stark increases that have pushed many people out of the city center are a thing of the past for now.

This also means that in some cases, rather than trying to undercut other rentals, buildings will go from apartments to condos. This is good news for potential buyers who have rented while a lack of inventory has caused property prices to soar.

In short, we don’t see an overall slowing of the market just yet, but we do see evidence that Seattle’s supply will meet demand in coming years. As long as the economy is growing, the market can remain robust, but it can also remain accessible and reasonable to more than just the highest earners, allowing for a more diverse culture that makes a city…a city.

Good luck with that, San Francisco!

Meanwhile, here at Team Diva, we will continue to advocate for a healthy rental solution for the city, help our own renters navigate rising rents, help our buyers make a smart move in this hot market, and cash in for our Sellers (cause everyone knows you have been underwater in value for years).