January 24, 2020 / Team Diva / Events, LGBTQ, Play, Seattle Love, Special Event
The choreographer restages his acclaimed work "Black Bois" at The Moore on February 14. In advance of that, Dani Tirrell sat down with us to talk fashion, tradition, co-creation, and liberation. 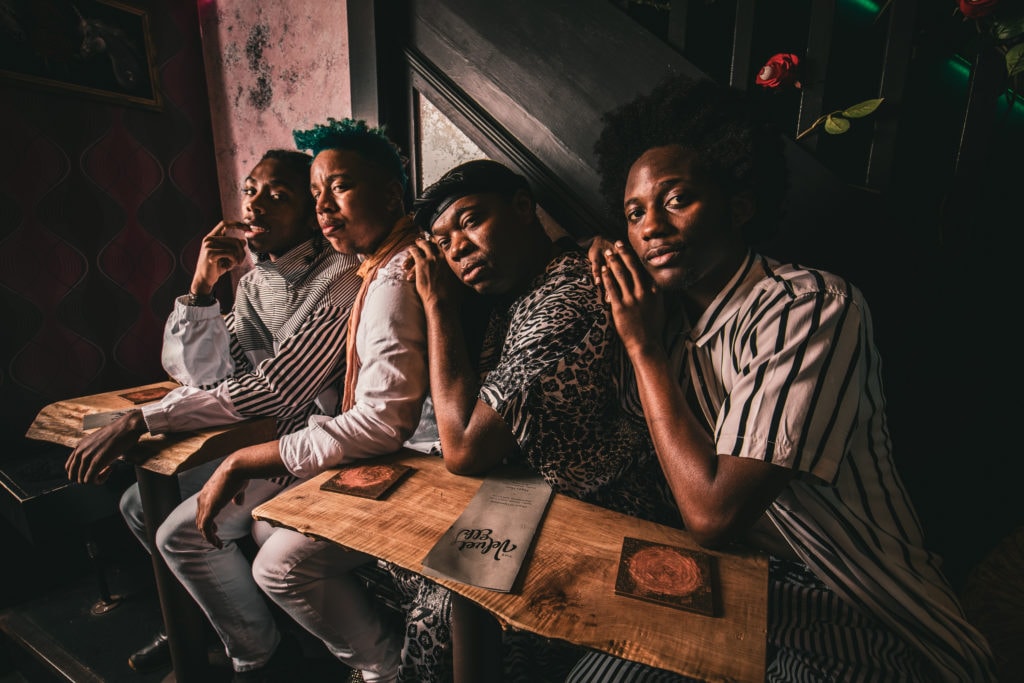 Dani Tirrell and Members of Black Bois at the Velvet Elk

Dani Tirrell’s work is what this city of Seattle needs to see in its dance and performance art spaces. For the last couple of years, the Divas have stepped back from taking an active role in supporting Seattle dance because we were not moved or compelled by the works we were seeing. All of that changed when Dani Tirrell launched Black Bois at On The Boards. Dani’s work couples technical movement with the theatrics of the stage. He makes you uncomfortable and makes you want to go back for more. He is a perfectionist that celebrates the individual beauty of the dancers that he works with. This is work we need to see more of in Seattle. And it goes without saying that Dani was finally recognized for his brilliance by being a recipient of the 2019 Mayor’s Arts Award.

Let’s get real. Seattle institutions typically do not fund Black/Brown artists in the way most white artists are funded. Nor do these artists have the generational wealth to support themselves while they develop work. Yes, Dani Tirrell received the Mayor’s award. But that did not come with a grant to help produce his work.

Seattle’s dominant art culture expects Black/Brown artists to be better than their white peers and to achieve this higher level of excellence without financial means. Hence the reason we wanted to take a moment and truly celebrate the human behind Black Bois, encourage you to BUY tickets for the show at the Moore on February 14th and donate directly to his artist to support his work. Donate via PayPal now. 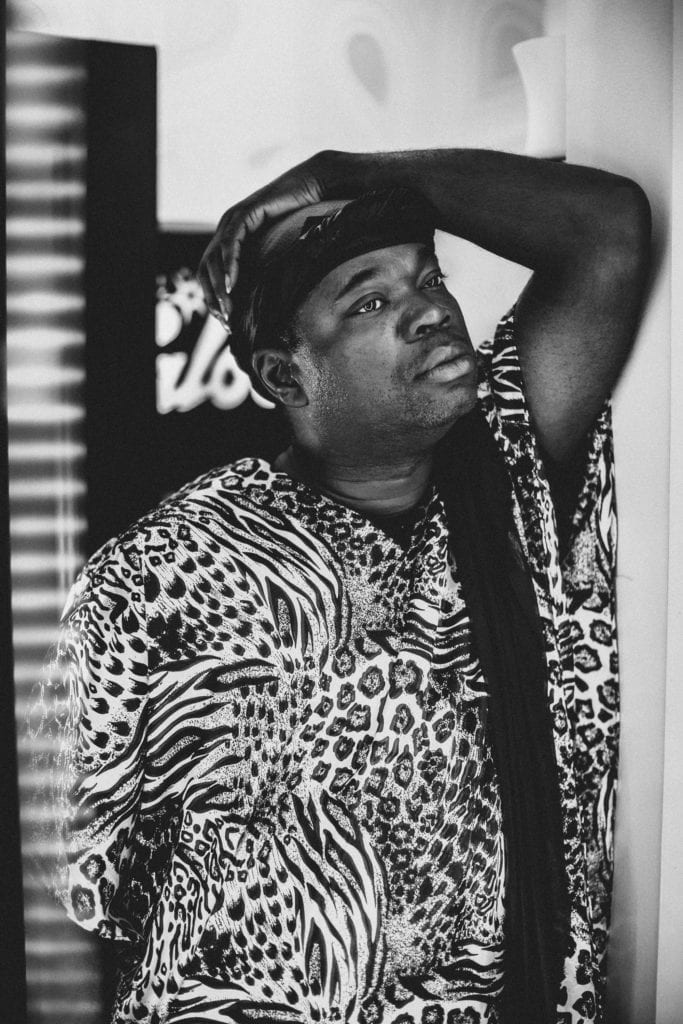 Team Diva: Before we talk about Black Bois specifically, for those not yet familiar with your work, can you speak a little about it and who you are? 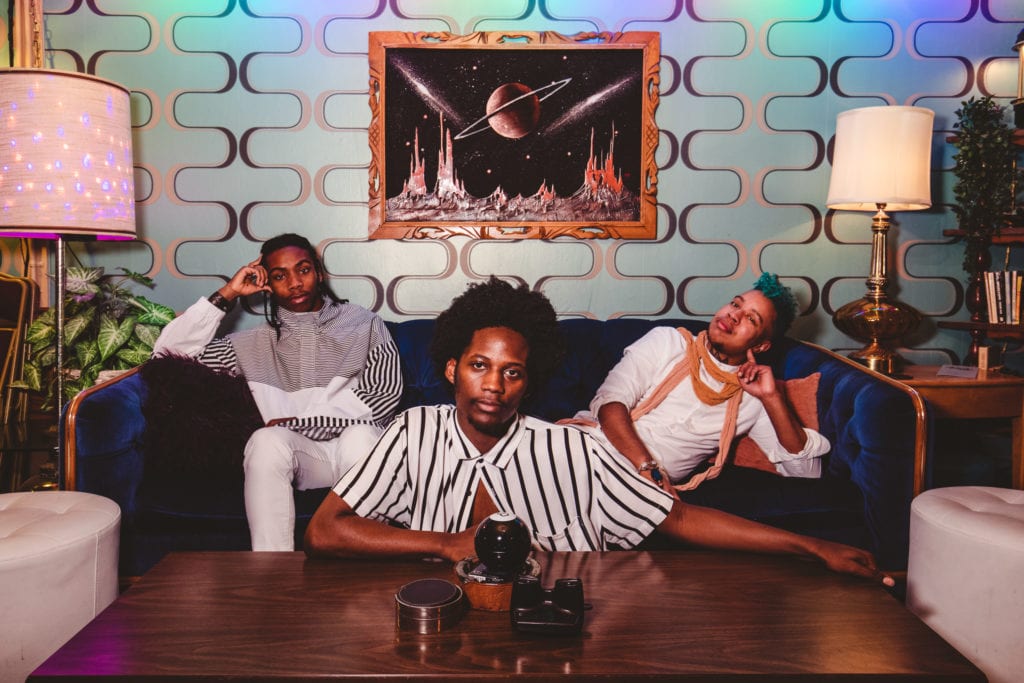 Dani Tirrell: I don’t know who I am half the time, haha. But my work is consistently centered on black queer experiences, and uplifting black women and trans womxn. I have a background in ballet and modern dance, but I like more rhythm and African dance and seeing how all these things work together on stage, recontextualizing what can be on stage. I work from dance as the base and add spoken word and visuals. Right now, I’d say I am coming to terms more with the role of fashion in my work.

TD: Can you tell us a little more about that, your view on fashion and costume? 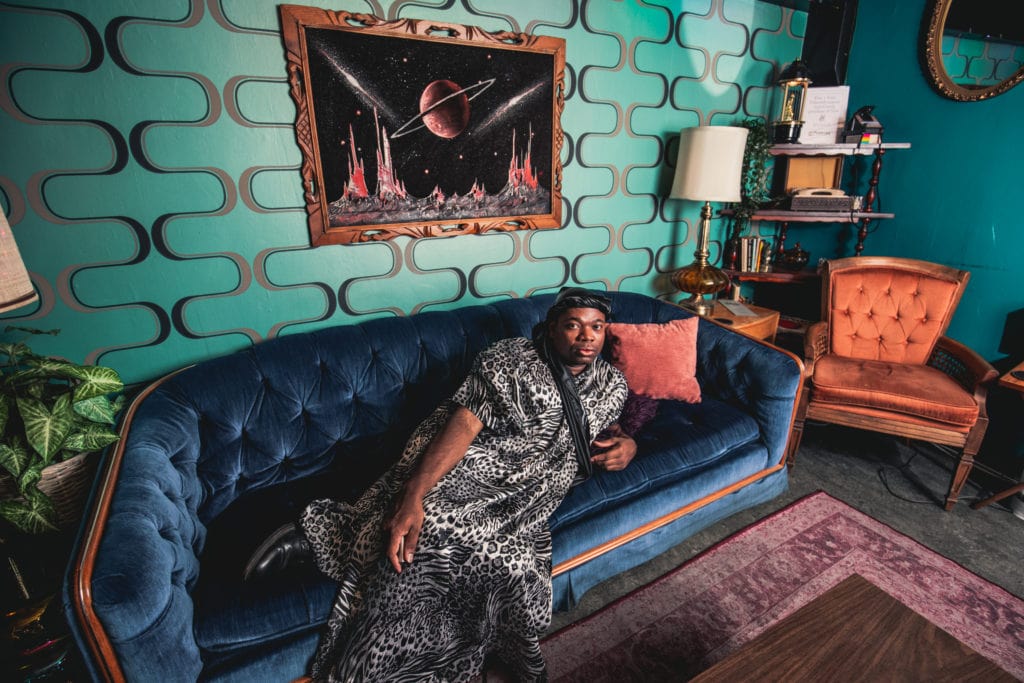 Dani: Every day, I wear something that makes me excited. Going to the grocery store can be a great fashion event. Dance and fashion work hand-in-hand and clothes are a power source for me, a source of joy. I like things that flow on me. I like dresses. I like muumuus. I feel powerful in those things. I feel more comfortable with myself and can reclaim my identity through movement.

I’m working with a bunch of Divas with different body types that should not be dressed the same. The performers need to feel powerful in their clothes, and that is conveyed through the movement. With dance, you can’t just throw costumes in at the last minute. They have to support the movement. You can have beautiful movement ruined by distracting costumes or beautiful costumes with bad movement.

TD: Black Bois premiered in 2018 in a smaller space, at On the Boards. On a larger stage at The Moore, and with an even more contentious social climate, are you thinking about the work differently and making changes accordingly? 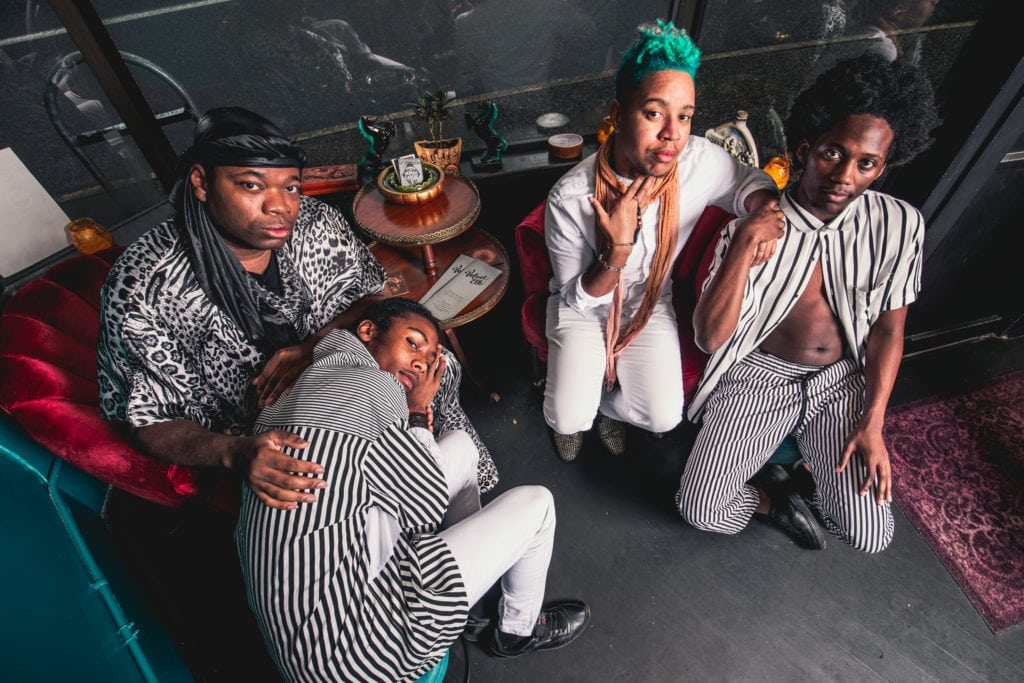 Dani: Not a lot of changes, but we are thinking about the work differently. How we approach it is changing. We are actively asking “How can we be in this process and lift each other up?”

We put the focus more on black folx loving black folx, reclaiming our own love for our bodies and ourselves, outside of the conversations of white fragility.

I want people to see the individuals on stage, how they embody the movement differently. Most choreographers want you to do the work exactly as they made it on their own bodies. I’m intrigued by how the movement comes through different bodies with different training. I’m not a perfectionist counting steps. I’m just very clear on the overall vision I want on stage. I am not willing to accept anything but that, but I still treat the creative process as collaborative, where everyone can feel respected. The dancers respect that it needs to be a certain way, but they get to feel invested in it as co-creators. They add to the overall vision.

TD: Can you tell us more about your work as a dance teacher, especially regarding the tap tradition? 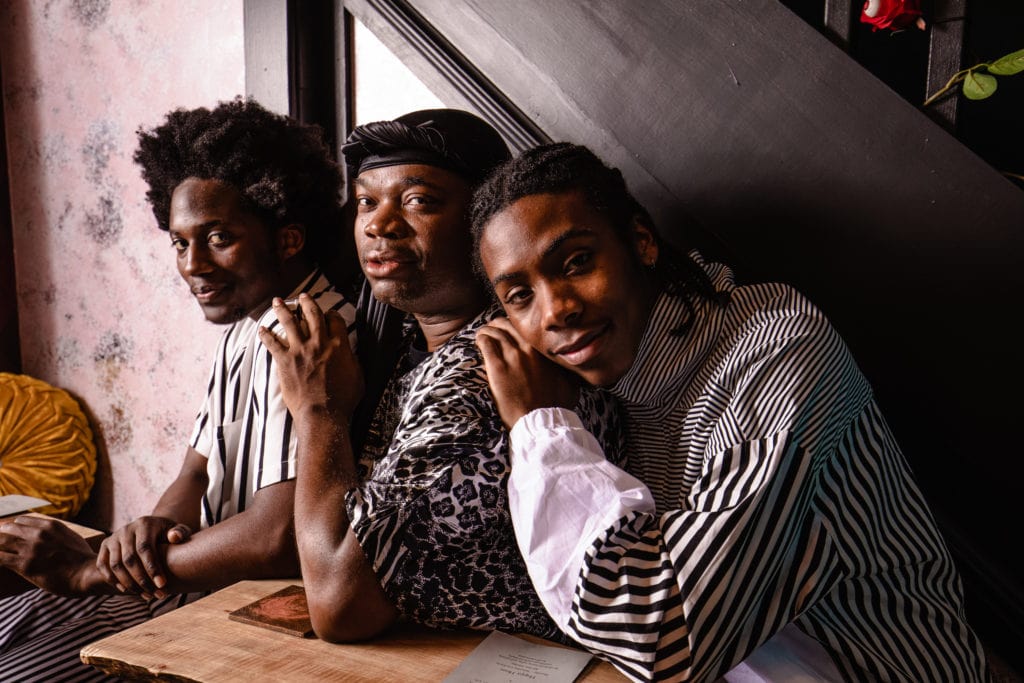 Dani: To be a dancer is to encompass more than a perfectly pointed toe. No dance tradition is above another. They are all toolsets. I want students to understand tap, African, house, hip-hop, modern, and ballet. I think what I’m doing is showing them the beauty of descendants of enslaved people through the way we move. Can you get into the downbeat? Can you get into the down in the earthiness of it all?

Joy and liberation of black bodies is my work. The young people in the company are taking what was passed down to them. They are just embracing it as their own. Once black people are liberated and find joy, the rest of the world will be liberated.

TD: How can people in Seattle better support black artists and your work? 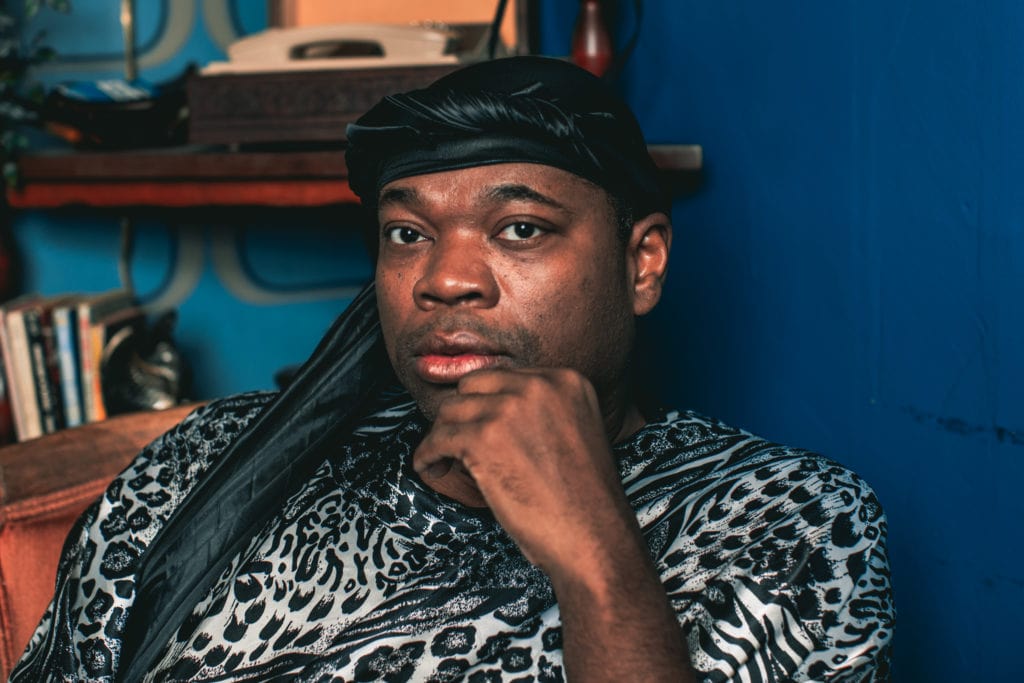 Dani: Readers who want to support. Hit me up at Dani.Tirrell@gmail.com. And no I’m not going to speak for free at your forum about race and equity. Or you can send a donation directly via Pay Pal.

The organization I want to see folks really support is the Central District Forum [for Arts & Ideas]. I keep saying, we are just as powerful as Seattle Theatre Group and On the Boards, but we don’t have the capital to bring international black artists here, for black audiences and local artists whose own work can grow in that setting.

I think we need a capital campaign, get a budget of $100k. That money would be foundational support for that programming and new work from local artists, like Markeith Wiley, Randy Ford, Michael O’Neil Jr, Nia Amina Minor, Noelle Price, Deja Bastiste, J Mase the III, Beyonce St. James Black, and so many more.

Team Diva would like to give a huge thanks to Dani Tirrell and members of Black Bois, Cipher Goings, Dani Tirrell, J Mase III, and Mychael Hodges, who participated in our photoshoot for Team Diva’s Divas Take the City magazine. Our photographer John Beursken is brilliant. How he captured this magic is beyond me. We would also like to thank the Velvet Elk for hosting us in their magical space. The photos and energy produced out of the space created something that was pure magic. That magic that we want to share with you.

Dani is currently fundraising for Black Bois in advance of the performance on Friday, February 14th at the Moore Theatre. Buy your tickets now for this one night show at Seattle’s Moore Theatre. The show will sell out. And hopefully, someone will extend the show.