GET TO KNOW Westlake
Just a few years ago, it was easy to overlook the narrow band of commercial and residential properties between Lake Union and Aurora Ave (SR-99) known as Westlake. Most of the properties on the water itself by Westlake Avenue are either commercial towers, marinas, or much-adored houseboat docks. Going up to Dexter Avenue, however, you found lots of older apartment buildings and craftsman homes. Now, part of it is affectionately known as The Dexter Canyon because of the high rises that line both sides of its narrowband (made narrower by well-used commuter bike lanes). There is limited access west and east between these streets (and Aurora, too). Making Westlake more of a thoroughfare than a neighborhood in the eyes of some. And yet it is distinctly not Fremont, nor Queen Anne, nor South Lake Union. Despite being tightly sandwiched between these neighborhoods. Thanks to oodles of transit running north and south. Sweeping views of the lake. Trails along the waterfront. New restaurants and cafes, and long-time fixtures like the Swedish Cultural Center, Kenmore Air's seaplane dock, and Canlis. Westlake has a supremely accessible, active, and charming urban identity that distills the best of Seattle in one sliver. 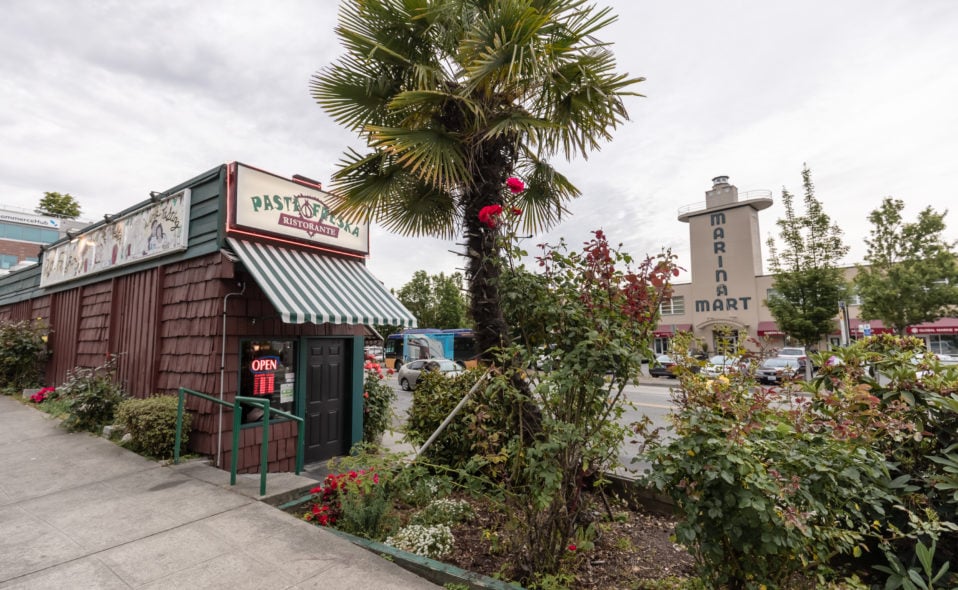 WHERE TO SHOP
Seattle Scuba School: Westlake isn't much for retail, but if you love diving, Seattle Scuba School is the place to rent and buy your gear.
WHERE TO CHILL
MOHAI Cafe: You can't beat the views (and the terrace on sunny days) at the Museum Cafe of MOHAI, right on Lake Union by the historic ships wharf.
WHERE TO BE OUTSIDE
Lake Union Park: More than a lush greenspace, this green and blue gem is also home to MOHAI, the Center for Wooden Boats, and fun water features and swimming areas.
WHERE TO EAT
Canlis: This restaurant has decades of legacy and remains one of the most (if not THE most) impressive, luxurious dining destinations in the region.
WHERE TO DRINK
Art Marble 21: A sort of elevated sports bar with lots of games and a busy after-work happy hour, right across from Lake Union Park.
LIVE IN Westlake