GET TO KNOW Three Tree Point
If you have seen a map of the Puget Sound, you probably noticed Three Tree Point, even if you didn't know what it was called. It protrudes sharply from the eastern banks of the sound, halfway between Seattle and Tacoma, and just southwest of downtown Burien. It's a densely populated residential area, with streets winding around its gentle slopes, offering pristine views of the water and the Olympic mountains to its residents. Three Tree Point's sense of community goes back to its founding when it was largely just a spot for summer homes. Gradually, it attracted more permanent residents, who established a clubhouse called The Cove. Today, the nearest planes coming and going are passenger planes from Sea-Tac airport, not far to the east. Flight paths do not much carryover Three Tree Point, so you wouldn't really know it. That said, when it's time to head out of town for a bigger trip, it's easy to hop on the highway or a plane. Abundant sea life attracts scuba divers to Three Tree Point as well. And not all of the "divers" and "fishers" are human here. In addition to the seals that make it their home, Three Tree Point is one of The Whale Trail's listed sites for Orca watching. 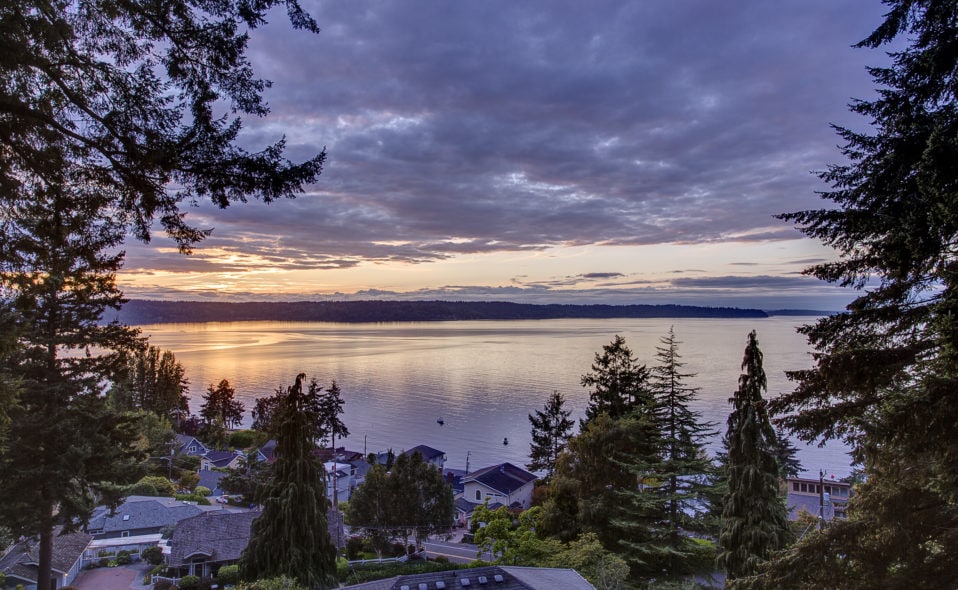 WHERE TO SHOP
Five Corners Shopping Center: Shopping Center with PCC, Trader Joe's and Ross, for everyday essentials in one place.
WHERE TO CHILL
Three Trees Wellness Center: A locally owned spa offering a range of massage treatments, mud wraps and more.
WHERE TO BE OUTSIDE
Three Tree Point Indian Trail: Super local trail on the waterfront, with great views of the Olympics, especially at sunset.
WHERE TO EAT
Medzo Gelato Bar: For a sweet treat or savory snack right in the neighborhood, this family-owned gelateria is perfetto.
WHERE TO DRINK
913 Spirits: The bar-side of 909 Coffee & Wine serves up craft cocktails (along with the full dinner menu of 909).
LIVE IN Three Tree Point