GET TO KNOW Judkins Park
Surrounded by up-and-coming and up-and-came neighborhoods that have seen big changes in recent years, the triangular cluster of neighborhoods known as Atlantic is still quite sleepy at its core, where one finds Judkins Park. Most of the commerce and dining in the Atlantic area is found at its edges, on the three major thoroughfares: Yesler Way, Rainier Ave S and Martin Luther King Jr Way. Judkins Park is at the southern tip, and for those living in the Central District and Montlake to the north, it is seen mostly as a place you go through to get to I-90. Residences in Judkins Park are mostly older single family homes and a few newer apartment buildings and townhomes. There is plenty of green space, including the eponymous Judkins Park, which runs parallel to 23rd Ave, and Sam Smith Park, which sits over the I-90 tunnel and adjoins the Northwest African American Museum. Though the Judkins Park area isn't the most walkable, it is still served by several transit routes, which connect it to downtown, the Mount Bake Light Rail Station, and adjacent neighborhoods, such as the International District. It is thus an ideal spot for commuters to downtown and the east side, especially those who want to want to buy into a mature neighborhood that still has room to grow. 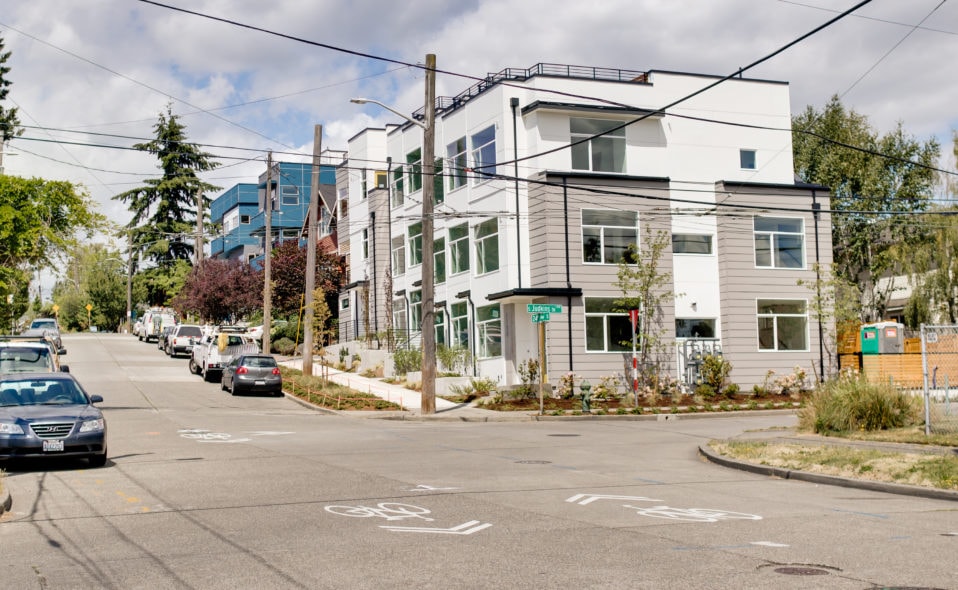 WHERE TO SHOP
Franz Family Bakery (Squire Park): The big industrial baker has an outlet store selling baked goods for cheap (plus beverages and snacks).
WHERE TO CHILL
Cafe Weekend: A cozy, friendly cafe in the Hiawatha Arts Building serving coffee, tea and snacks.
WHERE TO BE OUTSIDE
Judkins Park & Playfield: 6 acres of lawns, basketball courts, sports fields, a walking trail and spray area for kids in summer.
WHERE TO EAT
That's Amore Italian Cafe (Mount Baker Ridge): A charming, family-run Italian restaurant with a great view of downtown and the Olympics.
WHERE TO DRINK
Standard Brewing (Leschi): Microbrewery with a tasting room and ample seating to relax and drink (and eat your own food, if you like).
LIVE IN Judkins Park