GET TO KNOW First Hill
When Seattle was first being built on the muddy shores of Elliott Bay, the elite wanted the high ground. Hence, First Hill was literally the first hill to be developed with stately homes and manors, many of which still stand and are preserved by historical societies. Today, it is also known as Pill Hill, thanks to its many hospitals and clinics. Mixed in between the massive, modern medical complexes and gorgeous mansions are apartment blocks, new and old. Residents don't have to walk more than a few blocks to find nightlife and culture, too. There's live music at Vito's, art and lectures at The Frye Museum, and all sorts of programs at Town Hall (or, at least, there will be when the renovations are done in 2018). And, of course, it's adjacency to Capitol Hill and Downtown (and the freeway) make it a dream for commuters and anyone who get out and see the city any time they like. 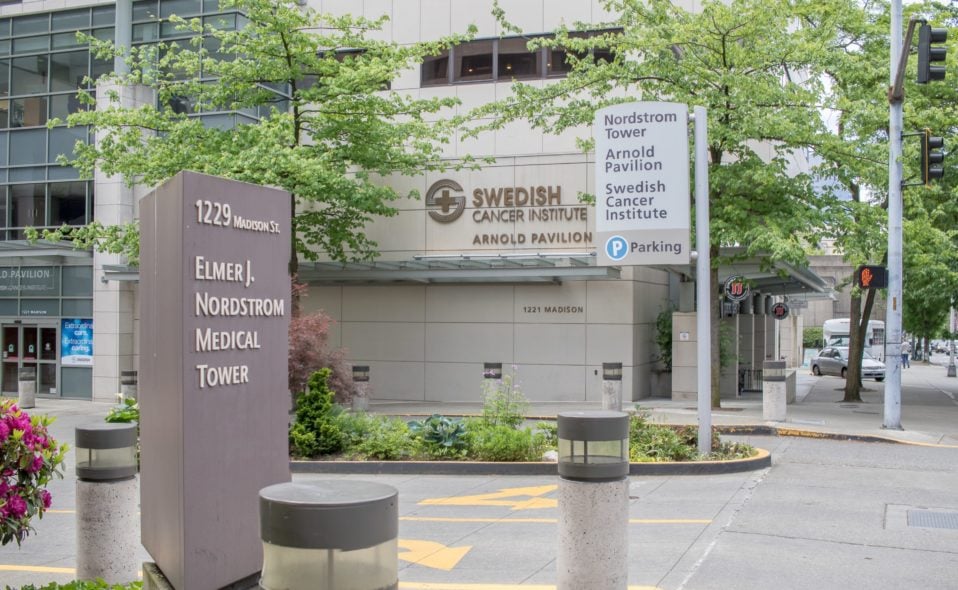 WHERE TO SHOP
George’s Sausage & Delicatessen : This little gem of a deli is packed with tasty European delights. (The same is said of their awesome sandwiches.)
WHERE TO CHILL
The Frye Art Museum: Always free to visit, The Frye has year-round exhibits and public programs, such as group meditation among the art on Wednesdays.
WHERE TO BE OUTSIDE
Freeway Park: Freeway Park (so named because it lies above I-5) is a winding, strange architectural garden in the heart of the city.
WHERE TO EAT
Vito's Seattle: Great American-Italian dinner and antipasti, superb cocktails and live music, and a sexy vibe: This is a prime date-night location.
WHERE TO DRINK
The Fireside Lounge at Sorrenton Hotel: Seattle oldest hotel also has the most gorgeous lounge. Grab a comfy couch or booth, sip your drink and soak in the classic beauty.
LIVE IN First Hill